by Corrina Williams
in Australia
0

What is the latest status about “I wouldn’t leave South Africa, I have a son here” 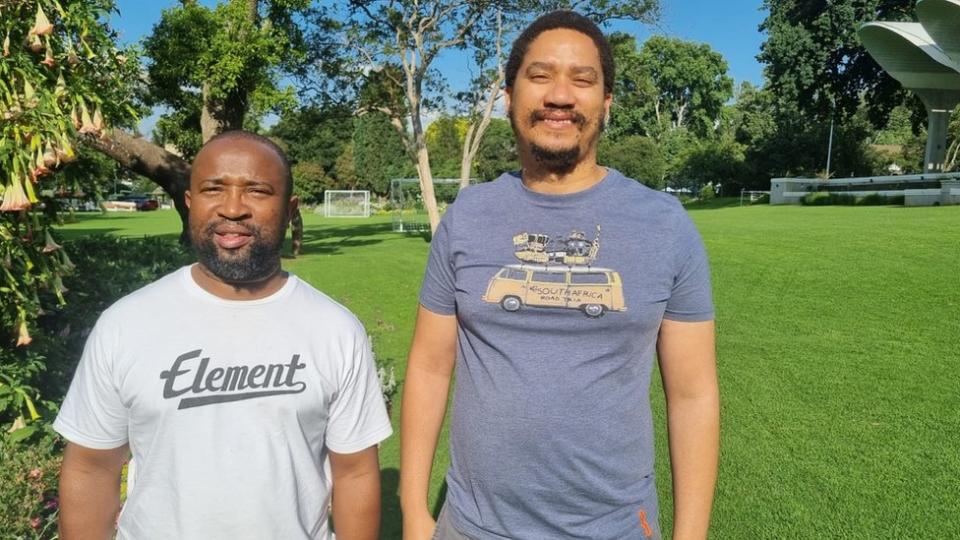 Software firm boss Stanford Mogotsi says he remains busy in South Africa, despite the challenges of running a small IT company in the country.

Both have come a long way since growing up in one of the townships of apartheid South Africa.

Each studied computer science in college and then spent several years in corporate IT jobs, before launching Nane in 2006. 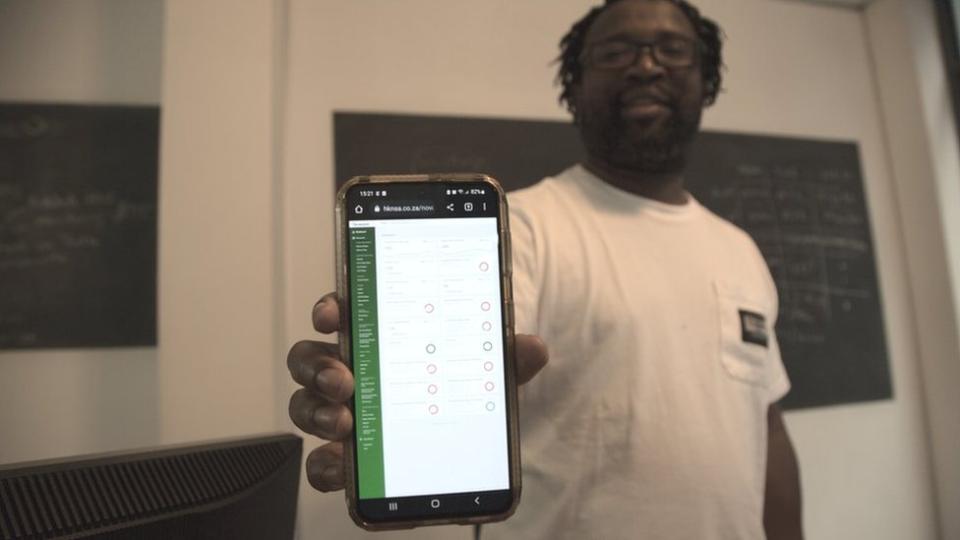 Stanford Mogotsi, here showing the app his company designed for Heineken, says it can be difficult for small IT companies to get work done

Their initial work was in consultancy, advising companies such as MTN, South Africa’s largest mobile phone network, and the state-owned electricity company Eskom.

But they found consulting frustrating because they wanted to build software from scratch, rather than just recommend.

Their first major foray into software design was building a system for FIFA, world football’s governing body, to manage volunteers for the 2010 World Cup, which was held in South Africa.

Then, in 2017, they created software that helped the Heineken group of brewers improve their transportation system in the country. Another big win for the project was the development of an app for the Talk360 video telephony service.

Yet it hasn’t all been easy for the company. Nane means eight in Swahili and the name was chosen because the company had eight founders.

However, the move from consulting to the risky business of software development, and then the impact of the harsh coronavirus lockdowns in South Africa, have led to all but Mogotsi and Mashisi leaving the business.

“It’s really hard to find work when you’re a small company,” says Mogotsi. “We have to compete with multinationals and potential customers tend to prefer these large, proven IT companies, especially when the economic environment in South Africa is uncertain.”

Professor Duncan Coulter, head of the Academy of Computer Science and Software Engineering at the University of Johannesburg, agrees that times are tough for South African IT companies like Nane.

While mr. Mogotsi and Mr. Mashisi are located in South Africa, prof. Coulter says the main and persistent problem for the country’s IT sector is a brain drain: people finding work abroad.

“Many of our best students are now in Europe, America and Asia, they are doing very well for themselves, we are very proud of them,” he says.

“And as part of the general brain drain [away from South Africa]they definitely have opportunities to move around more easily than professions like lawyers and doctors.”

As a result of all these young IT professionals finding jobs abroad, prof. Coulter says companies in the sector in South Africa may now find it difficult to fill positions.

Mashisi says that “in terms of wages, we can’t compete” with what big companies overseas can offer. “So as soon as someone has a year or two of experience, they’re likely to get taken [and go abroad].”

New Tech Economy is a series that explores how technological innovation is set to shape the emerging new economic landscape.

One example of this is the EskomSePush app, which alerts users across South Africa when they should expect power outages.

Such power outages or “load sheddings” are a regular occurrence in the country, due to ongoing power generation shortages at power company Eskom.

Sometimes people have to go without electricity for 10 hours a day, and there is no end in sight, with shortages continuing until 2027.

EskomSePush is the brainchild of co-founders Dan Wells (35) and Herman Maritz, who launched the app in 2015 and run it from their Cape Town homes. 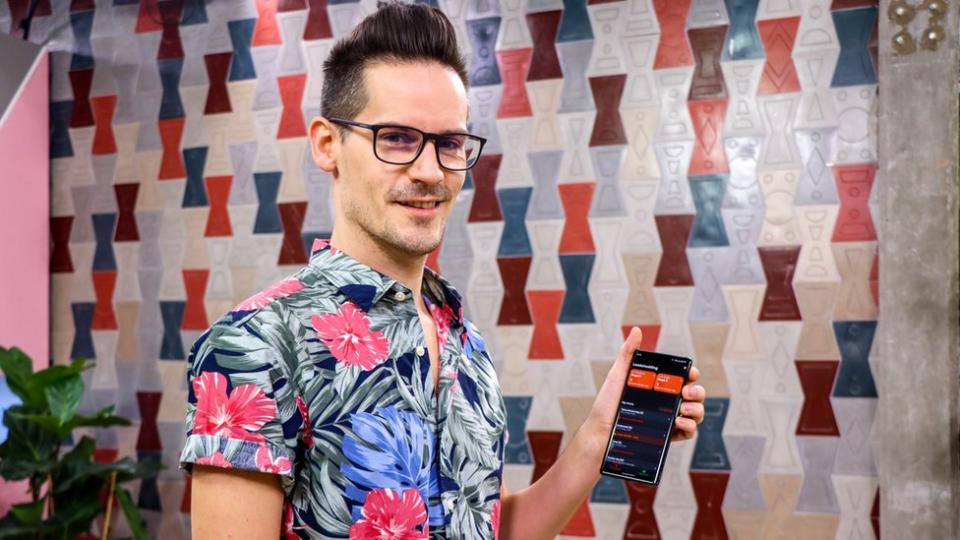 Collects and processes complicated load shedding programs from Eskom and local governments across South Africa. Notifications are then sent to app users telling them exactly when power will go out in their neighborhood and for how long.

Mr Wells says that within six months of the app’s launch 250,000 people had downloaded it, “which was crazy back then”.

He adds that today the app is “on seven million devices and about a million people will click on a notification almost immediately.”

The app is monetized through ad revenue and Mr Wells’ advice for software developers is “get a taste for having problems, find your community and solve some problems”.

If there’s one thing that unites South Africans it’s a love of sport, with cricket being the third most popular in the country.

At the University of Johannesburg, computer science lecturer Tevin Moodley and prof. Dustin van der Haar, have developed a cricket video software system that aims to help produce the next generation of South African batsmen and women batting the world. 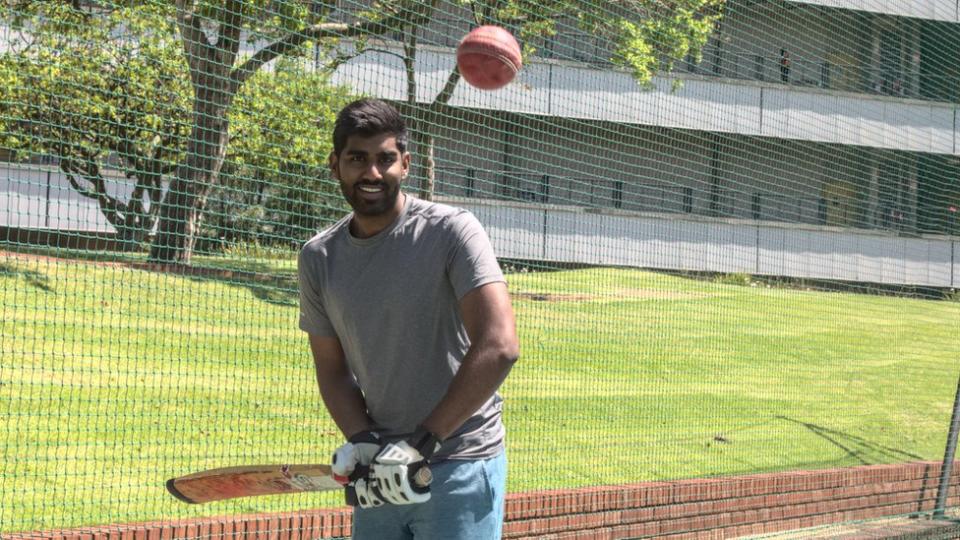 Its software can automatically identify the different strokes played by a particular batsman from a recording of a Test match or other game.

This means that a cricket manager can play numerous clips of a given shot, without having to painstakingly go through all the footage to find them first.

This allows for a quick analysis of the player’s execution of the shot in question, his position and the position of his feet. From this, recommendations and improvements can be made, and young players can compare their performance with video recordings of former cricketing greats.

“My belief is that if you’re able to improve the skill level of the hitter, you can improve your team’s chances of winning,” says Mr. Moodley. “So the impact of our work will be very big in the cricket space.”

At present, Mr Moodley is using YouTube clips of test matches to gather footage but hopes to work with Cricket South Africa to secure more video.

While the software is currently still in the research stage, Moodley says that, with the right investors and stakeholders, he would look into creating a commercial product.

But in the meantime, his focus is on trying to help the next generation of South African cricketers. “I want to keep it local and try to help our team,” she says.

Salute Our Heroes: Fighting fires from Topeka to Kuwait