by Corrina Williams
in Business, Canada
0

What is the latest status about Credit Suisse reports a fourth-quarter loss of up to $1.58 billion 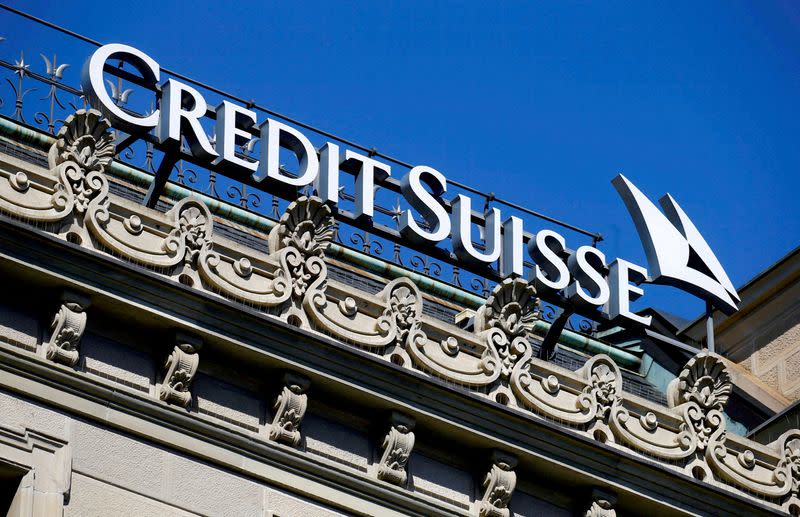 FILE PHOTO: The logo of Swiss bank Credit Suisse is seen in Zurich

ZURICH (Reuters) – Credit Suisse expects to post a pre-tax loss of up to 1.5 billion Swiss francs ($1.58 billion) in the fourth quarter as the Swiss bank prepares to seek shareholder approval for a $4 billion fundraiser.

The bank said on Wednesday that the “challenging” economic and market environment had a negative effect on client activity, as cash outflows across the business picked up at the start of the fourth quarter.

The profit warning is the latest setback for the struggling lender which previously said it expected a net loss in the last three months of the year but did not provide a figure.

Credit Suisse will hold an extraordinary general meeting later Wednesday where it will seek approval of a capital raise to finance a recovery from the biggest crisis in its 166-year history.

The bank has been hit by a series of scandals and losses, including a $5.5 billion loss due to the breakup of US investment firm Archegos. It also had to freeze $10 billion of supply chain finance funds linked to insolvent British financier Greensill.

“The Investment Bank was impacted by the substantial sector-wide slowdown in capital markets and reduced activity in its sales and trading businesses, exacerbating the group’s normal seasonal declines and relative underperformance,” the second-largest Swiss bank said.

“Credit Suisse expects the Investment Bank and the Group to post a substantial pre-tax loss in the fourth quarter of 2022, up to CHF 1.5 billion for the Group.”

Client activity remained subdued in the Wealth Management and Swiss Bank divisions, a situation that is expected to continue in the coming months, the bank said.

In Wealth Management, outflows had reduced “substantially” from the high levels of the first two weeks of October, but have not yet reversed, and stood at around 10% of assets under management at the end of Q3 2022.

Analysts have expressed concern over the outflows, estimated by Bank Vontobel at around 84 billion Swiss francs of assets under management by the group.

“The massive net outflows in Wealth Management, the core business of CS together with Swiss Bank, are deeply worrying, especially as they have not yet reversed,” said Vontobel analyst Andreas Venditti.

“CS needs to restore trust as fast as possible, but that’s easier said than done.”

Credit Suisse also highlighted its efforts to improve its balance sheet and reduce risk, including bond sales that raised $5 billion and the sale of part of its Securitized Products Group.

In late October, Credit Suisse unveiled a plan to cut thousands of jobs and shift the focus from investment banking to less turbulent wealth management.

It said it was also making progress towards its goal of cutting costs by 15% by 2025, including cutting spending by about 1.2 billion francs by the end of 2023.

“The Group continues to execute the decisive strategic actions outlined on October 27, 2022, to create a simpler, more focused and more stable bank,” he said.

Advertise TRENDS 1. Bank of Canada says high rates are starting to work, housing and debt are a concern 2. 2 Canadian stocks with 6% yields that are too cheap to ignore 3. This dividend stock is a no-brainer for bear market growth 4. Don’t wait for the market bottom – these 2 top TSX stocks are on sale today 5. TFSA – invest $400 in these 2 stocks for a legit shot at $1 million

Beauty in the Imperfections

Tesla Announces Its Latest Recall in the United States 🇺🇸

Blackhawks' Top Prospects Hit the Ice This Week: Here Are the Rosters, Schedules for Workouts

A look at Alabama football vs. LSU Tigers on Saturday, Nov. 5, 2022 – Tuscaloosa Magazine

What is the latest status about Credit Suisse reports a fourth-quarter loss of up to $1.58 billion...